A team of the Legions rising stars is sent on an odyssey to find the origin of some mysterious technology.
GM: Imperator
Post Reply
1 post • Page 1 of 1 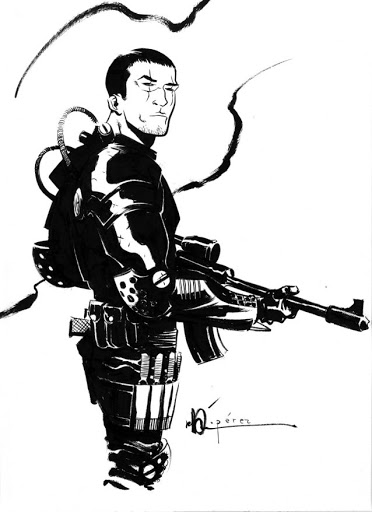 
Framework: Intelligent Construct
Skills: 15+3 Languages Hindrances Edges Gear & Weapons
• Reskin Special Armored Suit[/b] (Rifts Patron Item)
• +2 Armor and +1 Toughness
• Design is black in color. This protection can stack with other non-MDC body armor (but not MDC armor, they have no effect)without an increase to the Strength Minimum required to wear the base armor, unlike other armored coats and cloaks. It is usually worn over such armor.
• No Minimum Strength Requirement (5 lbs.)
Features:
The internal pockets can be utilized to carry 1 each of the following item types: small, one-handed weapons, canteen, minor items or individual tools.
• Pocket:
• Pocket:
• Pocket:
• Pocket:
• Pocket:
• Pocket:
• Pocket:
• Pocket:
• Unarmed (Range Melee, Damage Str (d12+4)

• Specter SS Heavy Ion Pistol (Patron Item)
A Reskin of Emperors: Designed specifically for the Secret Service in the 2090’s.
• Range: 8/16/32
• Damage: 1– 3d10, AP 0 (see also EMP Attack)
• Rate of Fire: 1
• Payload: 12 shots per E-clip
• Features:
• • Wide Spread (TLPG p. 100), and Heavy Pulse
• • Laser Targeting: The shooter gains an additional +1 to all shooting rolls with this weapon, in addition to the bonus for Wide Spread.
• • EMP Attack: The wielder uses his Shooting skill to target a technological device (−4 Called Shot penalty for any hand-held or small items targeted). On a successful hit, the device won’t work for one round; it fails to operate for two rounds on a raise. Shoot a vehicle's weapon and it will not work. Shoot a light and it goes out. Shoot a vehicle or robot combat vehicle and it cannot move or maneuver (though subsystems might still work, like a single weapon system; GM's discretion). This requires 3 shots from the weapon's E-Clip.
For technological characters such as Juicers, Combat Cyborgs, and Intelligent Constructs, as well as those in Power Armor, they instead suffer one Fatigue (two on a raise). They may roll Smarts to resist. This cannot incapacitate.
• d6 Min Str (5 lbs)
Notes: Technology Base is one of NEMA. Cost for Repair Purposes: 80,000 credits.

• Pack of Tools (mechanical and electric)


Origin Story /
Background
Jack Hall, Agent Hall, Defense Department J2600 Series. He had been called less polite things too. Machine Monster, Terminator Trash, Agent Jack Ass. Not everyone in the Golden Age was keen on androids. Especially first gen like he was.

He simply went by Jackal or Jack. It was Presidents Fitch who once jokingly called him Jackal when they were out on the lake fishing before the fall. The days of the Golden Age are now long gone and with it the Government he had been built by.

Jackal had spent 16 years living in the bunker protecting the last human survivors he had been assigned to. Former US President Gerald Fitch and First Lady Elena Fitch had been in the White House, served two terms then retired to their Texas Ranch house. Jack had been assigned to protect them four years prior to the Coming of the Rifts. He’d stayed with them 16 more years after the apocalypse. Twenty years he had served loyally until both succumbed to an airborne illness that had taken out the Fitch’s and their entire staff. The staff Doctor informed Jack the disease was alien in nature and he couldn’t stop it. Secret Service Agent Jack Hall, AI Construct, watched them all die helpless to protect them from the illness.

Jackal remained active in the underground bunker of the Fitch’s for another year. He ventured outside occasionally. The world was a mess. He was unsure what to do. His core programming was set to protect the Fitch’s. Finally Jackal Plugged into the bunkers power source and closed down most of his cognitive functions. If he was going to leave the bunker he needed to find a way to rewrite his own coding. That would take time. Even with the Fitch family and staff all buried and gone there was no one present that could allow him to stop protecting their graves.

In 109 PA Jackal activated all of his functions and came back on line. The security system of the bunker was activated. Something was inside.

Coming back on line Jackal stood, unplugged from the wall and checked his motor functions. Pulling the hidden Specter Heavy Pistol from the chest holster he made sure it was still loaded and at full energy. Turning to face the exit door to the room he proceeded to walk quickly towards the hall outside the generator room. As he left the room he grabbed up a crowbar and made his way up towards the top level of the bunker.


The Skelebot came down the hallway. Followed by two humans in black skull motif armor. Something about their weapons looked familiar, yet they looked so alien to what Jackal knew.

Dust eddies swirled up around each foot fall the skeleton like robot and two humans took. Streams of piercing light from flashlights arced back and forth. The trio looked like they were practicing Sul position at a combat ready.

Jackal slowly pulled his head back behind cover. He had a blank expression on his face. His, I’m thinking, look. In hundreds of years no one had entered the bunker. Did he greet them. Attack them. Hide?

Footsteps stopping the hallway fell into utter silence. Jackal was able to pick up radio transmissions from the trio of skull warriors. Listening in on their conversation he heard:

“RSK4 what did you detect? Sitrep now, five niner.”

“No life signs detected. However, Sgt. Huxley, I believe there is a ... a entity monitoring our radio comms.”

Jackal mentally frowned. He was detected by this odd skeleton robot with the knock off NEMA energy rifle. He’d have to act.

Stepping out to stand in the hallway Jack Hall states: “Greetings. I am....

The Skelebot opened fire on him. Moving with luck and speed Jackal twisted out of the line of Fire, spun about and sliced the bots gun in half. The humans joined in. Defense mode took action and Jack killed them all and finished by dropping the head of the bot in the ground.


After a month of preparation Jack headed out of the bunker. Borrowed the CS Sky Cycle he found topside and traveled towards Washington (last known HQ of the Secret Service). On his way he encountered Legion members under fire. As he learned the fate of the world Jack signed on with the Legion.