Discuss Dragon Balls
General Thoughts on the game, and some house rules
Hey folks I am looking to start a game in April (not an april fools gag). The concept is a bit stolen from a fun hangout I had with the gaggle where an Old Gnome contacted the tomorrow legion for a team to help him forge a powerful weapon able to defeat a god that has reared its head in the bowels of Africa.

Books and IFs:
All SR books and IFs are available. Just keep in mind you go dragon and RA, eventually the bad guys will respond in kind. There will for sure be moments, possibly even quads where you will not be able to take advantage of your strengths. I'll try my best to find moments to let you shine though.

Edges: Stick to SR books and SWADE please.
Sidekicks... Don't be surprised if they are a hindrance. Rolls: I love the randomness of the roll, but I get that sometimes the roll gained just does not fit anywhere. You get the rolls your IF gives you. So here is what I got cooking for you: Characters should have some kind of uber weapon stolen or taken from a powerful dragon (said characters barely escaped with their lives and upon their ears the dragon issued a mighty threat of retribution) or at the very least they tried to get an uber weapon and failed. Characters will start at Megaversal Revengers (+4 HJ Rolls, x5 starting wealth, and the Custom Ege: Rifter 9 1/2) EP: you better have at least 10 and a sig item or you will not make it.

HJ Rolls: Choose the Table, and then roll.

IFs: All are acceptable, hey if you are a dragon we can just snip your balls and the game can end before it starts. Please keep to the lore when and if possible, and use the SR books and swade. No harrowed gun psi slingers...

As a side note this will be one of the two games I will run that replaces Vampire Kingdoms, 77th, and the 13th. Those three games will end Jan 1st. It has been a pleasure to run them.
Beep... Please Report to Breifing Room 1A. End communication. Respect for the job that you have done to bring the legion into a major player. Maybe you defeated Nyxla single handedly, or spear headed the Legion's partnership with Psi Scape. You might even have afternoon tea three times a month with your equals, the Three Brothers of Dweomer. Whatever you might have done their was little left for you to do that could possibly challenge you. Your abilities were far beyond the regular legion, you scoff at their attempt to put together teams of those that could not make it, and your room is a horde of treasure that only the vaults of Tolkeen could rival.

Knock... Knock... A goofy grinned captain was at your door. The bumbling captain Lumpkiss fresh from the cold reaches of Dweomer if rumors were to be believed. Through the door the captain mumbled just barely, " I ahh... Hello... Hello? I am supposed to take you to the briefing... I uhhh..." Silience for a moment and the captain continued his scuffled ramblings, " I uhhh... It says here, I am not sure what it means... Priority DB... What is---"

The moment you have been waiting for, Prioity DB has at long last been activated. The old Gnome, Butterbum Durnhum must have finally got his act together or the need for the Demon Forged Sword was so great they had no other choice. Things in Africa must have truely taken a turn for the worst. Plus you might have a chance to get rid of a major enemy: The dragon you screwed out of a crown jewel in its horde.

Pender Lumpkiss knocked again, " So will you go? Ahh to the briefing??? Hello?" You are already gone.
Game Starts in April
Character Slots: 8
Top

How about as "Atlas, the strongest juicer around"
Dog Boy + Juicer

How about as "Atlas, the strongest juicer around"
Dog Boy + Juicer

Then take either Titan or Mega treatment.

Sounds perfect! I got to say I love the mega treatment! Being able to only take one wound lets you do some crazy shit.
Field Team Six Bennies
3/6
Top

@Ndreare, your character has this:
The hero doesn't follow the rules and found himself in debt to the Naruni something fierce. HIS previous actions have Naruni repo bots banging down his door to collect. He has the poverty Hindrance.
Field Team Six Bennies
3/6
Top

Oh dang, well, I better include fleet footed so if we see bots we can run!

Pender Lumkiss wrote: ↑
Thu Nov 07, 2019 6:56 pm
@Ndreare, your character has this:
The hero doesn't follow the rules and found himself in debt to the Naruni something fierce. HIS previous actions have Naruni repo bots banging down his door to collect. He has the poverty Hindrance.

I did manage to find this nice art for my Juicer. It is really hard to find a giant dogboy/werewolf type juicer.

I think this one is a little more appropriate for the sort of balls-out big-game-hunting vibe we're going for, Rob.

Found some other cool ones doing a Google search for "sci fi werewolf":

That is so much better.

This one has to be the best of them all. 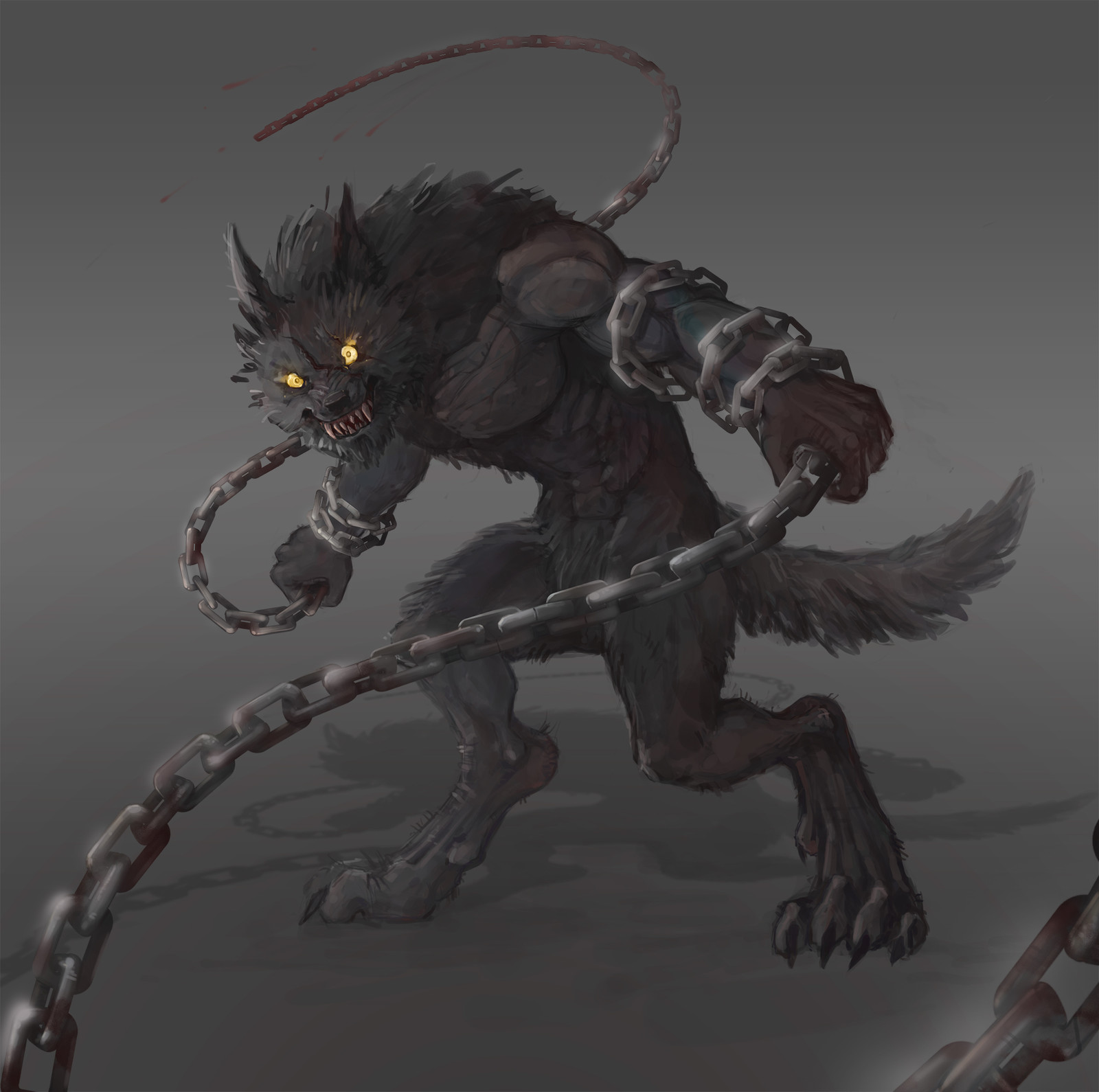 I was having terrible luck looking for Werwolfs and various armored hordes.

Did not consider Science Fiction werewolf. 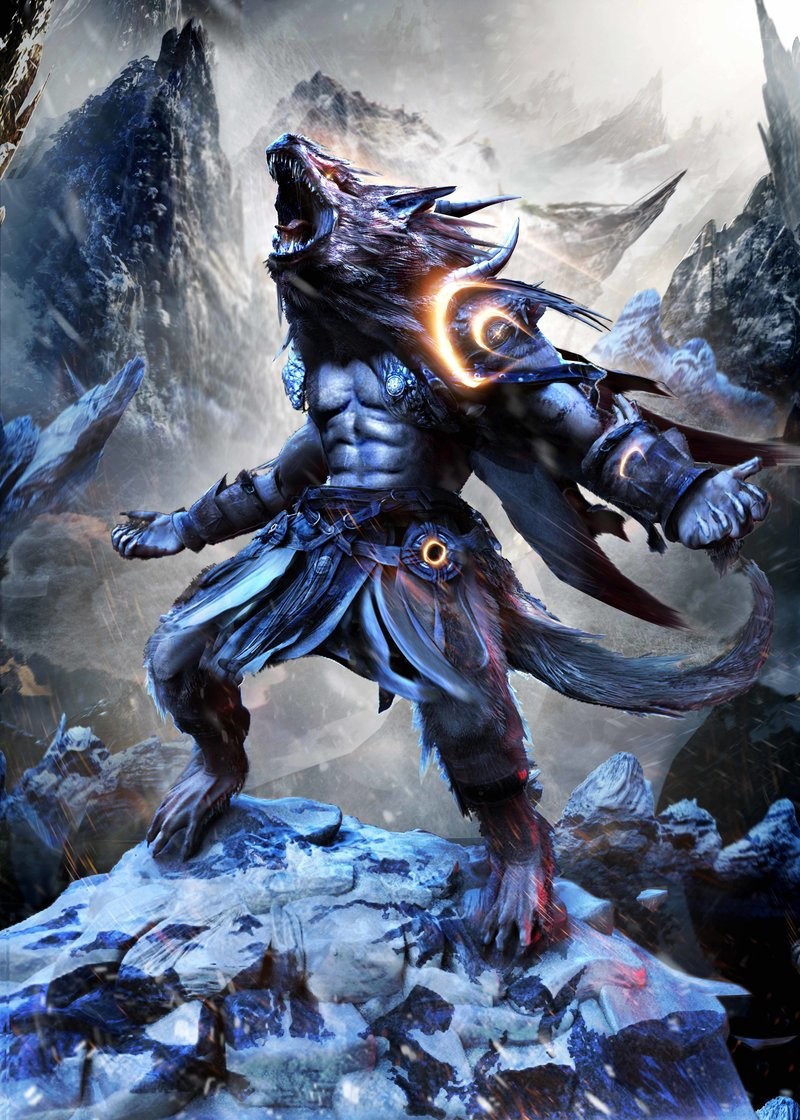 As an aside the Juicer is falling down. Turns out it is hard to make an awesome Titan juicer after playing Humble.
Phase World - The Remorseless Game Master Bennies 5; Mission: Get Revenge on Durrack
Nightbane Game Master Bennies 4, Murder a man at his place of business]

@Pender Lumkiss for my MARS roll are you okay if I spend the 5 EP to make it something else?

I will admit, looking and the Any Combat weapon thing is not all that attractive for a Juicer.
Phase World - The Remorseless Game Master Bennies 5; Mission: Get Revenge on Durrack
Nightbane Game Master Bennies 4, Murder a man at his place of business]

Hehe... You are of course welcome to avail yourself of any and all ep purchases to make a character that might survive the 2-3 quads.

I think Tribe asked about the custom table method I am using in the lowest Legion game. You can do that too and reroll.
Field Team Six Bennies
3/6
Top

Cool,
Thanks @Pender Lumkiss. Spinning my brain now for a buff idea that is not a Humble shadow.
Phase World - The Remorseless Game Master Bennies 5; Mission: Get Revenge on Durrack
Nightbane Game Master Bennies 4, Murder a man at his place of business]

So we have a mind melter, a crazy, and a juicer.
I'm thinking Dragon Hatchling. Not sure what species yet

I'm only in one other game here, and it's not a Rifts game, so I might be a bit slow
Top

I'm only in one other game here, and it's not a Rifts game, so I might be a bit slow

Cool! I was wondering if someone might do that!
Field Team Six Bennies
3/6
Top

I have created a couple revisions of Titan Juicer and decided I hate it.

I am switching to Mega Juicer if that works for you Jon.

Mega is superior. Being unstoppable means I can hit you four 4 wounds which goes to 1 wound and then you can heal that up next turn. It really let’s the juicer but the J in juice. I play one in Mike’s live game. It really is awesome.
Field Team Six Bennies
3/6
Top

Hindrances: Edges: Powers (25 Power Points)
4 Electromagnetic Awareness (Heightened Senses 3; Infrared Vision, Low Light Vision, Super Sense +2 with Sight, Spacial Awareness +2, Only to sense metals -1)
2 Divided Attention (Extra Action 2, only with Matter Control -1)
1 It Comes Out of Me, and Goes in, No Problem (Resistance to Metal 1)
14 Master of Electromagnetism (Matter Control Metal 7 - d12+5, Toughness 16, 2,500 lbs unencumbered, 5 tons max, Requires Material -2, Range 24")
1 EM Distortion Field (Deflection -2, Requires Activation -1)
3 Ride The Wave (Flight pace x2, Contingent on Master of Metal -1)
Gear
Power Tricks = Free for Marcus
When a power affects a target, either as an attack or a resisted effect, a hero may use any of the Power Tricks below by describing the action and taking a –2 penalty to the active skill (or the victim adds +2 to his resistance roll if there is no active roll on the part of the attacker, like fear). If successful, the power works as usual and the Trick chosen from the list below is triggered as well.
Any effect may be used at any time with a good rationale and the Game Master’s permission—a character doesn’t have to choose the same effect each time. Exactly how it works is a matter of description. Lower Defenses might mean encircling the target in smoky blackness via energy control (darkness) so that he can’t see incoming attacks. A radiation blast (ranged attack) might cause dizziness (Lower Trait for Agility) or weakness (Vigor). Or an earthquake might setup a villain for a follow-up ranged attack. It’s all in the description.
Top

Count me in. Sounds like I got time to come up with an idea.
Top

Going with Quickflex gunslinger.
I got an 8 on my bad stuff roll.
Top

I would like to use a dwarven techno-wizard with wierd science as well. will take a bit to complete the build.
Top

Not sure if this game will happen. I got a lot in my RL plate.
Field Team Six Bennies
3/6
Top

If you run this, got room in the Second?

Return to “Washed Out Recruits”