Hero's Journey (5 Rolls): Three rolls on any of Education, Experience & Wisdom, Training, or Underworld & Black Ops. Plus, two rolls on any tables ...

SUPER ABILITIES
Innate Power: Gain the Arcane Background (Super Powers) edge from the Super Powers Companion. The character is Four Color, starting with 40 Power Points and a Power Limit of 15.
Extreme Persons & Powers: The Knockback, Synergy, Power Stunt, and Power Trick setting rules apply to this character. Super Karma does not apply to native characters but can be used by heroes not native to Rifts Earth.
Iconic Abilities: Super heroes can take the hindrances from the Super Powers Companion, and have access to the The Best There Is, Mastery, and Dynamic Duo edges.

COMPLICATIONS
Restricted Paths: Supers cannot take AB Magic or Psionics nor can they select Super Sorcery or Mentalist powers.
Dimensional Restrictions: Supers can be any race story-wise, but they must be Human for purposes of character creation mechanics. Use super powers and hindrances to represent a specific race.
Incompatible Cybernetics: Supers can get Rifts cybernetics installed, but every point of Strain reduces the total Power Points by two. Take care before rolling on the cybernetics table.
Enemy of the State: The Coalition States sees these beings as dangerous aberrations at best and off-world scum at worst. Regardless, beings - no matter how human looking - with great powers are dangerous and to be destroyed.
Achilles Heel: Even the most powerful heroes have weaknesses, quirks, and foibles. Choose 1 Additional Major and 2 Minor Hindrances not already listed above (or others subject to GM approval).

Mystic Rifter - He Who Fights Monsters: Monsters know of you, and are afraid of their own shadows when they hear you are around. +1d6 damage vs supernatural evil and you are always considered to have the drop on them the first round of combat. You also gain a +1 bonus to resist their powers and are more difficult for them to hit by that bonus.


APOK FRAMEWORK ABILITIES AND BONUSES
APOK COMPLICATIONS POWERS
Custom Iconic Edges
Battle Caster
Requirements: Novice, Apok, Fighting d8+
As a free action, an Apok can spend 1 Power Point to gain AP 2 with all of his unarmed or melee weapon attacks until his next action.
In addition, upon taking this Edge and at each new Rank, they may choose one of the powers contained in the demon mask to be activated as a free action. With the exception of fear and blast, the chosen powers may only be activated on the Apok (or in the case of smite, weapons he holds).

Master of the Mask
Requirements: Heroic, Apok, Battle Caster, Faith d10+
The Apok masters the powers of the demon mask. Whenever he successfully casts a power affected by the Battle Caster Edge, he automatically gains the raise effect.
OOC Comments
Character Sheet “It wasn't love that made you fall, it was pride. You know that, don’t you?”
He doesn't respond, just looks silently at the sorceress, her face harder than he remembers, skin pulled tight over flesh that seems to have lost the very memory of softness. She sneers at him, and any sense of familiarity is gone.
“You just couldn’t admit you had lost me. Had lost at anything. Couldn’t admit I might make a decision without you. Could learn secrets you didn’t teach me.”
Heavy silver chains bind her to the table, each link inscribed with holy wards and runes carved by an arch-deacon of the Cathedral. The basalt slab she lays on is rarer still, carried to Wormwood from some other world. A dead world, though perhaps kinder to the living than this infected place.
She is not done talking. Perhaps she hopes it will distract him, delay what is to come. He knows that she knows it will not.
“So you followed us, into the darkness, became a champion of something you didn’t believe in, as you had been a false champion before. That you were always good at. Lying, to yourself most of all. And then what? After giving yourself over to the Unholy, you got cold feet? Turned your back on the Host and went crawling back to the Cathedral, with its cowardly old men and mewling fools. Reborn - into what? You were shit and you’re shit again, hiding behind that mask.”
He continues to look at her. She cannot hold his gaze. Perhaps it is the demon mask, but he thinks not. She was cavorting with worse when he arrived. Scraps of sulfurous flesh and poisonous blood still decorate the walls, remnants of his battle with her daemonic guard.
“Our daughter is not like you. I saw to that.”
She is digging now, trying to wound him at the last.
“I made sure of it, burned out every weakness. She serves the Unholy, has taken the power he gave her and used it to seize more. She will not waste her strength as you have, time and again. She has no need for your forgiveness. She is beyond that now …”
She gasps as he tightens the bindings, reaches past her waist to remove the dagger sheathed at the small of her back.
“What would you do if you found her? Bring her back here, to Wormwood? Offer her a chance to repent, as you did? What will you do when she spits in your face?”
“Then I will kill her, as I am going to kill you,” he says. His voice sounds distant in his own ears, the words reshaped by the mask.
Her eyes widen as he draws the curved blade from its sheath. For the first time, he thinks, she believes him.
“I was always going to leave you,” she says, her voice small even as she launches that final barb.
He slides the rune knife into her heart in one smooth motion. A quick death, I can give her that, he thinks.
It is not to be. The rune knife needs to feed, and so it does. Minutes pass before it is sated. She screams the whole time.
He stays until it is over, then turns and gathers his things. His thoughts already are on his daughter. He knows where she has gone, on some mission for her master, through the portal in the Forest of Pillars south of Battle Star. She has traveled through the rift there to Earth, to the place called Calgary.
He will find her. And he will give her the choice he was given: Redemption. Or death.
Last edited by Cantrell on Wed Jun 28, 2017 9:45 am, edited 10 times in total.
Top

Ashriel, the Burning Word
Defeated, devoured and stripped of substance by the vampire lord Soldad, the erelim angel Ashriel survives as an ethereal vestige, a string of burning runes that lacks consciousness but carries on its holy war by bonding with a willing host. 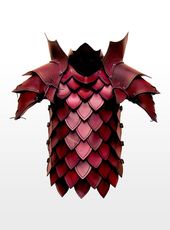 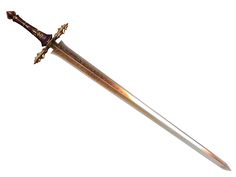 Durendel (unyielding blade): Damage Str+2d8; Weight 7; AP 4, enchanted silver, Mega Damage for 1 PPE; for +4 PPE gain +2 Fighting for 3 rounds; during that time, as long as the wielder does not move or take other actions, he may make Focused Strikes that bypass the Armor of inanimate objects and vehicles (but not creatures or worn armor).

Fury's Fang (chain longsword)
Infused with the blood of the Anger Worm and capped with it's razor-sharp teeth, the magic of Penitent's chainsword amplifies the apok's righteous wrath while carving through the most mammoth foes with ease.
Damage Str+2d8; Weight 15; AP 4, Mega Damage; +1 Parry, +1 to hit; Grants the Frenzy and Giant-Killer Edges.

Bandito Arms Branaghan Armored Overcoat (Rifts Patron Item): The overcoat or long-coat — also known as a duster — is a favorite among cowboys, gunfighters and sheriffs because it is both stylish and offers a surprising amount of protection, as well as making an excellent raincoat (waterproof and a good article of clothing in which to hide a shotgun or rifle under). The entire coat is lined with (relatively) lightweight armor padding with plates over the shoulders and torso (often concealed under the fabric). It offers 8 small but usable internal pockets (four on each side).[/i] Silver cross and (6) wooden stakes

Chestburster, Modified .50-Caliber Heavy Pistol: Range 15/30/60; Damage 2d8; ROF 1; AP 2; Shots 7; Weight 8; Maximum Stopping Power (+4 damage vs. unarmored foes, -4 damage vs. armor); Semi-Auto; Removable Silencer. Two spare clips.
Silencer
From Deadlands noir:
Silencers impose a –1 penalty to Shooting rolls while using the silenced weapon. Characters (also known as “witnesses”) within 5” of the fired weapon, and not in line of sight, must make a Notice roll to realize a gun has been fired. Those beyond 5” suffer a –2 to this roll and those beyond 10”, a –4. Beyond 20”, no roll is possible unless the character is actually looking at the shooter. The firer may make a Stealth roll (opposed by Notice) to hide the use of the weapon, but this incurs the standard multi-action penalty. Silencers only work on semi-automatic pistols (not revolvers).
NG-S2 Survival Pack: Weighs 30 lbs. Contains just about everything needed for basic survival, including: Backup gear, not typically carried: 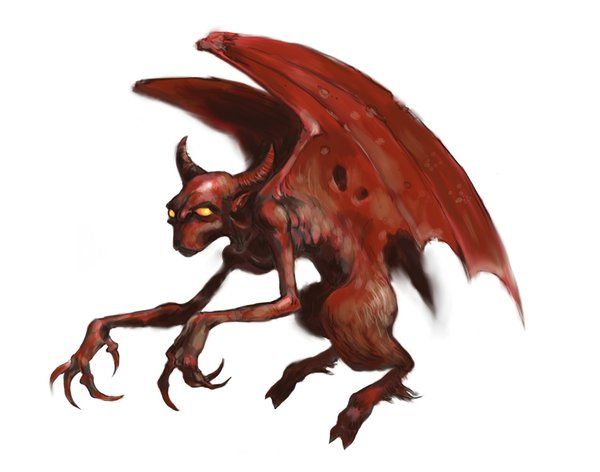 Karl also got an enchanted belt with a big-ass silver buckle shaped like an anger worm's maw. A gift from Ares, the belt adds +2 die types to Fighting.
Last edited by Penitent on Sun Dec 03, 2017 9:01 pm, edited 11 times in total.
Top

Q1 2018, gained a Legendary Item and a roll on the MARS F&G table as a quest reward. After shaking the table, ended up with Vigorous and Tough (+1d Vigor and Nerves of Steel Edge).

+2 Bennies in Q4 for posts regarding the Confessor's disappearance.

Gained the Legendary ability:
Mythic Rifter - Chainsaw of Good: Folks talk about your righteous fervor like they talk about a force of nature. Your attacks deal +4 damage, and if cause a foe to be Shaken or Wounded, roll 1d6 - on a 6, the foe is vanquished by the almighty light of the celestials.